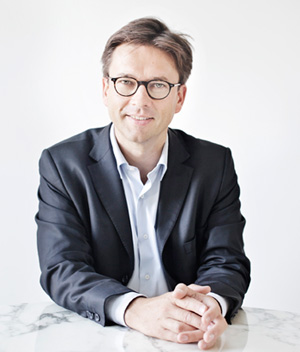 Edouard, 45, is a French essayist, columnist, and political and economic consultant advising European governments and business leaders (www.mediafin.fr). He specializes in the anticipation and management of financial crises, which he has taught at the leading French business school HEC Paris.

As a sell-side financial analyst in the previous decade, he was credited for having predicted the Internet stock market crash in Europe (March 16, 2000 Credit Lyonnais Securities note, “take your e-profits before a potential e-crash”), and Jean-Marie Messier’s Vivendi Universal disaster (March 2002).

His first three books[1], the latest of which was published in China, described the excesses and sheer “madness” (folie financière) of the financial sphere with a particular angle on Wall Street, where he worked for a major financial institution (US$600 billion of assets under management) during the latest 2008 crisis. In the United States, Edouard serves as a trustee of the Washington, D.C.-based think tank, Committee for Economic Development (CED) and a member of the Advisory Board of La Maison Française at Columbia University. He is a member of the Vatican’s Cortilei dei Gentili (Pontifical Council for Culture) scientific committee.

His new book, “Au-delà du mur de l’argent” (Beyond the wall of money) was published by Stock on 9th September 2015, in the run up to Pope Francis visit to the United States.

In this essay, Edouard warns of the risks of a major and imminent “accident” in the global economy and financial markets.  He demonstrates that the aforementioned crisis-in-the-making has two origins: (i) the re-creation of financial bubbles in a world of easy money (negative interest rates) and growing socioeconomic inequalities; (ii) governments’ inability to control both these imbalances and the electronic financial flows that are now mostly run and decided by algorithms, rather than human beings.

This crisis, which is likely to dwarf the 2008 subprime crisis in size, as well as in consequences to the global economy, will expose the vulnerabilities of our human societies to the increasingly non-human forces shaping the 21st century economy: artificial intelligence, transhumanism, “Second Age Machines”, and eugenics promoted worldwide, from Silicon Valley to Asia.

The book offers concrete answers for the reconstruction of our economies, “the day after” this major crisis occurs. These concrete propositions include a new “Bretton Woods” that would involve civil and religious societies and some of the world’s leading investment firms. Such a conference would redraft best practices and norms for a truly ethical, humane, “People First”, capitalism. These policies would notably be based upon ‘Pope Francis economics’ and various teachings from other religions, which, like many secular philosophies, give priority to the poorest and most fragile elements of our societies. More on http://www.editions-stock.fr/au-dela-du-mur-de-largent-9782234077362 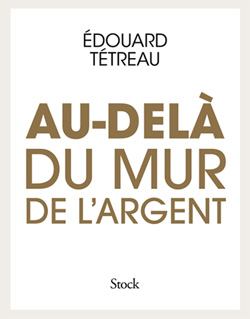