The credo of the old economy

When I was a student in the early 1990s, economics was a human science. After 20 years as an entrepreneur, financer and observer of this defining sector of contemporary culture, I am no longer sure economics is still a science, and I am increasingly convinced it is becoming less and less human. My mentors taught me several truths that I held to be self-evident. They rested on three pillars:

– “The only genuine source of wealth is man” (Jean Bodin): where humankind exists, there is growth, hope, dynamism and human creativity. “Look at a country’s demographics, and you will see its future wealth.” Economics was definitely a human science.

– “Time does not respect what is done without it” (Paul Morand): praise for long-term investment. In economics, there is no need to hurry, because time is on your side. Time is the friend of money – as interest rates clearly show.

– Money is rare and precious; it therefore carries a heavy cost. It can only be entrusted to those with the experience to treat it with care: the bankers. In other words, to those who know how to identify and understand risk. Finance, “in service to the economy”, is a serious business that could not be left in the hands of just anyone. 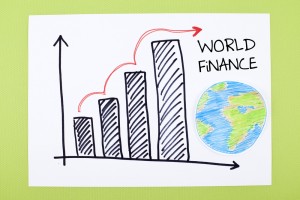 However, in 20 short years working in the world of business and finance, I watched each pillar of this triptych collapse before my eyes as the new economy emerged – this new economy that has spread across the world.

The task at hand is not to reopen the debate on the benefits and excesses of capitalism that characterised the old economy of past centuries. Global trade has led humanity to mix and mingle, facilitating the free circulation of goods, ideas and people. And despite its spectacular crises, capitalism has significantly improved the expectancy and the quality of life of men and women around the world, and it has also helped to spread the ideals of freedom and democracy that I hold dear. Despite its good intentions, socialism, the alternative of capitalism, has plunged multiple generations of entire populations into totalitarian nightmares: the barbarity of the gulags and the concentration camps, unrelenting violations of conscience and tortures of the body.

The problem of the present day is the following: are the 7.2 billion human beings that inhabit this small planet capable of adapting to the new economy? To an economy that does not obey the rules, but gives into impulses, interactions and phenomena that shatter all of our old and familiar concepts? And which shows every sign of wanting to weed human beings out of the equation?